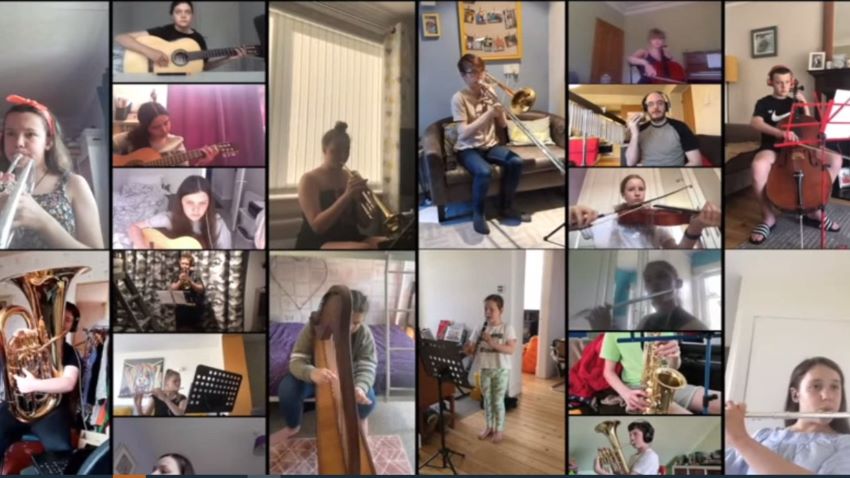 More than 10,000 people watched the first ever online concert by 250 of Midlothian’s most talented young musicians.

The concert was edited and screened ‘live’ on the Midlothian Council Facebook page at 7pm on Thursday 18 June. It was also available on YouTube and broadcast simultaneously on the local community radio station, Black Diamond.

To watch the concert again go to the Midlothian Council Facebook page or the council's YouTube page.

A thank you to communities

The production was a thank you to our communities during the COVID-19 outbreak.

Midlothian Council’s Cabinet Member for Education, Councillor Jim Muirhead said: “It was a real triumph. The music was fantastic, just what we needed in such challenging times. The young musicians had obviously spent many weeks rehearsing. Well done to everyone involved. The logistics of pulling together an online concert when everyone was self-isolating was a real challenge.”

All the young people recorded or made a video of themselves playing pieces sent to them by instructors via Google Classroom. Instructors then used the same platform to support the pupils as they learned and practised the pieces.

All 250 or so recordings were then uploaded and sent to the Digital Learning team, where each video was edited into one final ‘concert’.

Live on the night and the compere for the evening was Colin McCabe, of the council’s Digital Learning team. He said: “I’m so glad the concert went down well. The musicians were magnificent and from the comments on social media, everyone listening thoroughly enjoyed it.

Still time to catch it

To watch the concert again go to the Midlothian Council Facebook page or the council’s YouTube page.