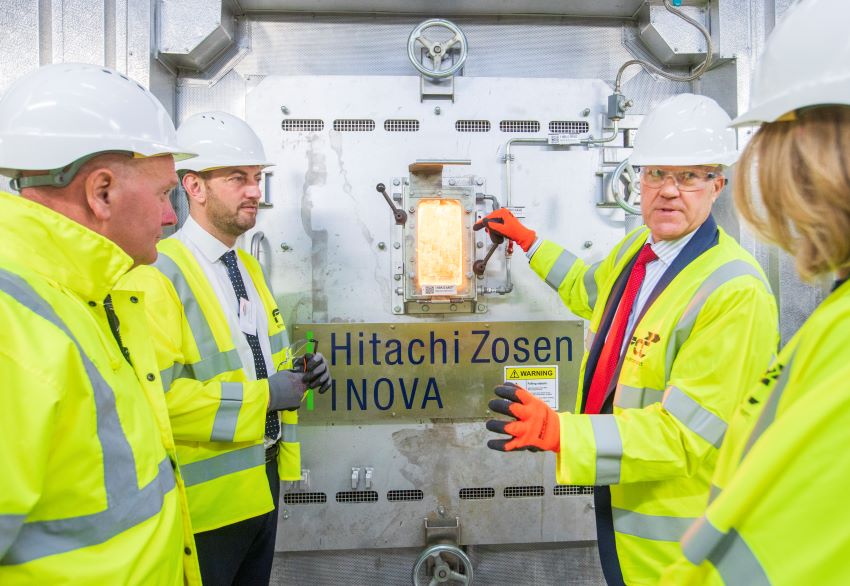 The opening comes after new research on behalf of the price comparison website Confused.Com, found that at 58%, Midlothian’s recycling rate is the highest in Scotland.

Midlothian Council’s Leader, Councillor Derek Milligan said: “Well done to our residents, businesses and waste services staff for putting us at the top of the league table in Scotland for recycling.

“It’s fitting the rates have been announced today because I’ve just officially opened the Millerhill recycling and energy recovery centre (RERC), a joint project between Midlothian and Edinburgh City Council. It will divert an astonishing 155,000 tonnes of waste that would have gone to landfill and turn it into energy.”

The Millerhill RERC will be a key component in the councils’ commitment to reduce waste ending up in landfill and generate green energy, helping to reach the Scottish Government’s 2025 Zero Waste target.

Construction at the brownfield site, formerly the Millerhill Marshalling Yard, began in October 2016 with the Engineering, Procurement and Construction (EPC) role delivered through a joint venture between FCC Medio Ambiente SA and Hitachi Zosen Inova (HZI). The plant has been receiving residual waste for commissioning purposes since October 2018, entering into operation in April 2019. The official opening event for the site bought the Partner Councils, FCC Environment and other key stakeholders together to celebrate the occasion.

The recycling rates for Midlothian, which are confirmed by the Scottish Environment Protection Agency, were supplied under a Freedom of Information Request to the website price comparison site, Confused.com