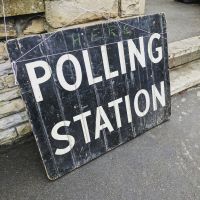 Councillors today (Tuesday) approved a review of polling places, which will mean, among other changes, all schools can remain open to pupils and staff on polling day.

All schools open to pupils and staff

From March 2020, the number of schools used as polling places in future elections will be cut while those that are used will have separate entrances for voters.

Local people were consulted on the compulsory review back in August and September of this year.

Councillors heard the majority of respondents were in favour of the proposals.

In Ward 1 Penicuik, people who previously voted at Cornbank and Cuiken primary schools will now go to the Penicuik Centre.

In Ward 2 Bonnyrigg, people who voted at Lasswade Primary will now use Lasswade Community Campus. Bonnyrigg and Burnbrae primary schools will still be used as a polling places but will remain open as voters will use separate entrances to pupils.

In Ward 4 Midlothian West, community rooms at Beeslack will be used as polling places for electors who previously voted at Glencorse and Mauricewood primary schools. Rosewell Pavilion will replace St Matthew’s Primary as a polling place while the remainder of voters will now use the Loanhead Centre and Paradykes Primary School gym. The school will remain open on polling day as voters will use a separate entrance to pupils and staff.

In Ward 5 Midlothian East, Newbattle Community Campus will be used instead of St David’s and Lawfield primary schools. Electors in this ward who previously used King’s Park Primary will now vote at Edinburgh College’s Midlothian Campus.

In Ward 6 Midlothian South, people who previously voted at Newbattle Community Learning Centre will now use Newtongrange Church Hall. Residents living in new housing in the southern end of Gorebridge will vote at Birkenside Pavilion and existing electors to the south of Lady Brae, who currently vote at Gorebridge Leisure Centre will move to Birkenside Pavilion. If homes are built on a small pocket of land in Ward 6, currently zoned for housing at HS12 in the council’s land audit, electors there would vote at Burnbrae Primary School, which would require a separate ballot box for council elections.

Thanks for giving your views

Returning Officer Dr Grace Vickers said: “Many thanks to everyone who took the time to give us their views during the consultation.

“We know keeping schools open or minimising disruption to the school day is a priority for local people so we’ve taken that onboard.

“Some buildings we have used in the past are no longer available to us so although the review is compulsory, it was also necessary.

“Buildings obviously need to be accessible for all electors including those with a disability. We also need to take into account any cost implications of using particular buildings.

“With full Council approval we can now publish the revised scheme, to be implemented from March of next year, and continue to work with political representatives on any scheme revisions.”