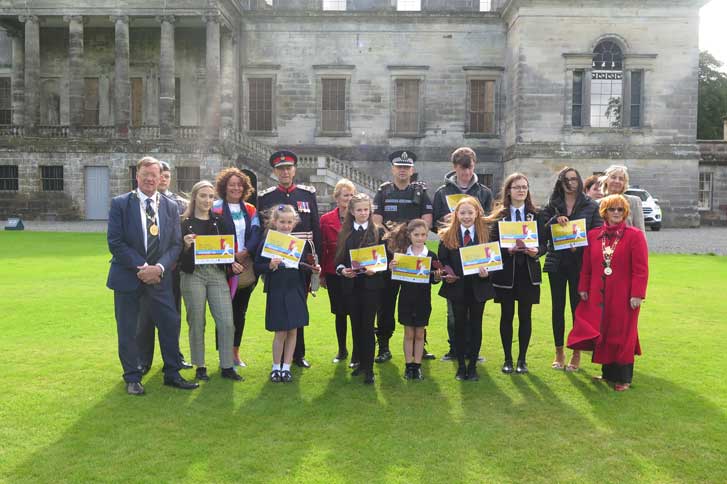 Daisy won this award for her extensive work with the Beeslack Family Disabled Club despite also suffering from her own health problems. She was recognised for her support of groups working with younger children and for being an excellent role model. Daisy was among six award winners at the special ceremony held at Penicuik House.

Each winner and runner up received a prize of a financial donation to be made to a charity of their choice.

The awards event was organised by Midlothian Council and the Lord Lieutenant of Midlothian with support from the Midlothian Youth Platform. The awards concluded with an afternoon tea which was provided by Saltire Catering. There was also a performance by award winner Sophie McDonald.

“Once again, through Midlothian’s Young People Awards, we have been able to highlight some of the wonderful contributions made to our local area by our inspirational young people. With a greater number of nominations for the awards this year, our winners and runners-up should feel especially proud of their achievements. I congratulate them and thank them for all they do for Midlothian.”

“Congratulations to all the winners and runners up at the Midlothian  Young People Awards.

“It was heart-warming to see so many local young people recognised for their positive contributions to their communities. They should be very proud of their achievements. These awards are a great way to shine a spotlight on our amazing young people. Thank you to everyone who worked to make these awards possible."