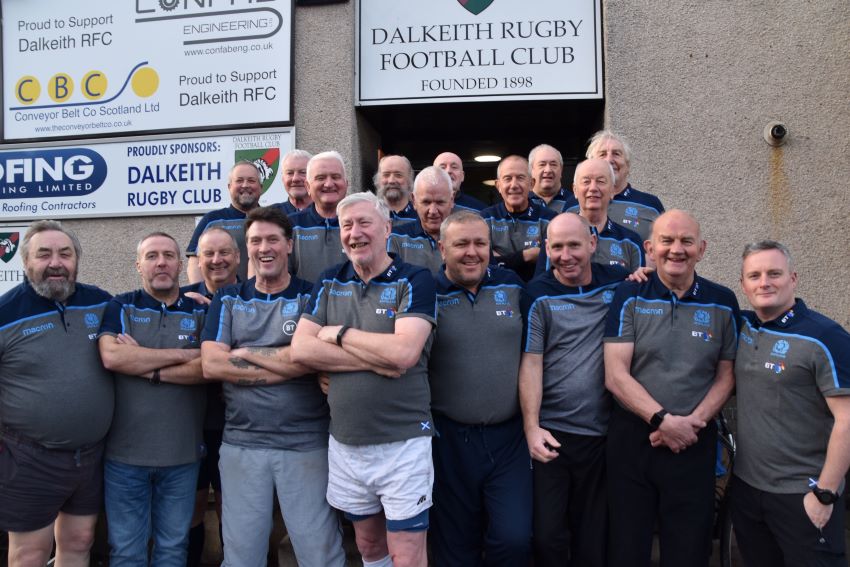 Midlothian’s walking rugby team will be making a little bit of history on Saturday 8 February when they take on a team from the Lake District in the first ever Scotland versus England international match.

The Uncoachables will be pitting their wits against Kendal Rugby’s Kendal Auld Greys while the Scotland international rugby squad plays England at Murrayfield for the Calcutta Cup.

Midlothian Council’s Cabinet Member for Sport & Leisure, Councillor Derek Milligan said: “We believe this is the first ever walking rugby international match so to have it on the same day as the Calcutta Cup makes it even more special.

“Walking rugby is all about fun and friendship so I’m sure the 20 strong squad heading down south will enjoy a warm welcome and have a fantastic time.

“Good luck to the team, the whole of Midlothian will be rooting for you.”

The match kicks off at 1pm at Kendal Rugby ground

The Uncoachables, who organised the event after contacting the Kendal team on Facebook, will be looking their best thanks to polo shirts provided by the Scottish Rugby Union (SRU).

The SRU has also donated a signed Scotland rugby shirt which the team will gift to their hosts.

The council’s Ageing Well team, which organises health and wellbeing initiatives for the over 50s, kicked off Midlothian’s walking rugby in 2016.

Run by a volunteer

Each session is run by a trained Ageing Well volunteer (at no cost to the club). Between 12 and 16 people turn up most weeks to enjoy a game and a hot drink and a blether afterwards. Although the game is free, team members can pay £3 per head that goes to player nights out and items such as polo tops.