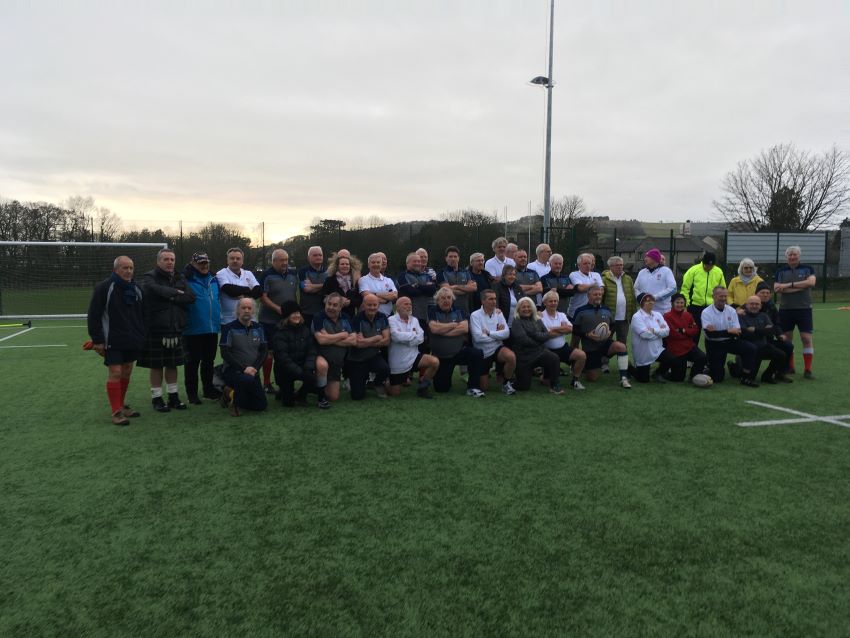 The first ever Scotland versus England walking rugby international ended with a win for Midlothian’s Uncoachables team.

The team, which is run by the council’s Ageing Well service for people over 50 years-of-age, made history when they took on Kendal Rugby’s Auld Greys from the Lake District, clocking up a 4-3 win on aggregate on Saturday 8 February.

Ageing Well health walk co-ordinator David West said the day was all the more special as the Scotland international rugby squad were also playing England at Murrayfield for the Calcutta Cup.

He said: “It was a great occasion and it was fantastic to win. We also got stranded and had to stay an extra night due to storm Ciara. We all had fun and, more importantly, made new friends. Hopefully we can play against them next year.”

Each session is run by a trained Ageing Well co-ordinator (at no cost to the club).

Stay for a blether

Between 12 and 16 people turn up most weeks to enjoy a game and a hot drink and a blether afterwards.

Although the game is free, team members can pay £3 per head that goes to player nights out and items such as polo tops.