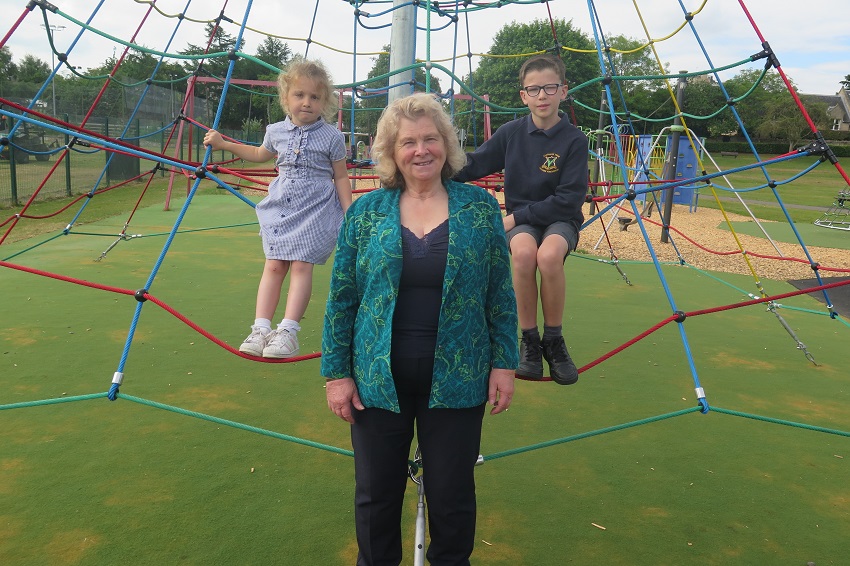 Children across the county, including Sofia and Leonardo pictured, have even more reason to visit King’s Park in Dalkeith thanks to a new 5 metre high space net in the play area.

Supplied by Sutcliffe Play, the new £23,000 climbing frame was paid for as part of £98,000 of funding awarded to the council by the Scottish Government for children’s outdoor play equipment in areas of social deprivation.

Popular addition to the park

Cllr Dianne Alexander, Midlothian’s Cabinet Member with responsibility for outdoor spaces, said: “This is one of Midlothian’s most popular parks and the play area is extremely busy given its proximity to the local school. The new space net will be well used and some of the parents have already expressed their delight at its arrival. I bet lots of children can’t wait to use it.”

King’s Park Primary pupils Sofia, 5, who is in P1A and Leonardo, 10, from P5 have already enjoyed a climb on the new net. Sofia says she’s been “right to the top” and Leonardo has played on it too although it’s already so popular it can be hard to find a space on it when the park is busy.

King’s Park was chosen because of its proximity to Dalkeith town centre. Parts of Dalkeith are listed in the Scottish Index of Multiple Deprivation.

Easy to get to

Dalkeith is also one of the main shopping areas with good bus routes giving families from nearby towns and villages more reason for visiting the park.

The remainder of the Scottish Government funding will be spent at Waterfall Park in Dalkeith to upgrade the existing play area later this year.

Cllr Alexander is pictured with Sofia and Leonardo.