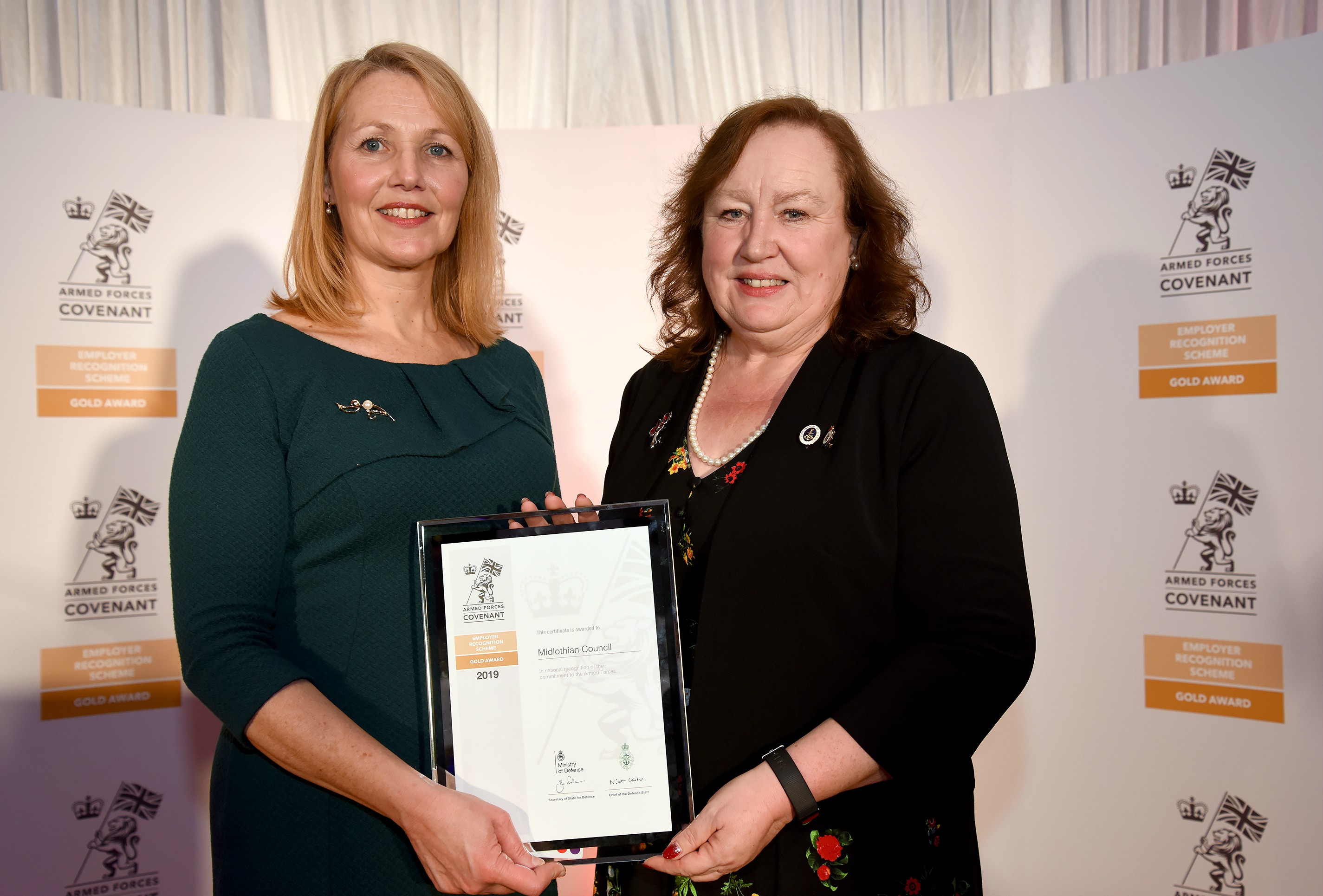 Midlothian Council was one of five employers from the Scottish lowlands to strike gold earlier this month when it received a prestigious award from the Ministry of Defence.

The Employer Recognition Scheme Gold Award was presented to the council for its outstanding support for the Armed Forces community. Every organisation to receive the award is judged to have gone above and beyond with their support through initiatives such as employing veterans, helping individuals transitioning out of the Armed Forces into a new career and providing support for Reservists.

In common with all the gold award recipients, Midlothian Council has signed the Armed Forces Covenant, a commitment to providing support through its services, policies and projects.

The council was one of 100 UK forces-friendly employers to be recognised during a ceremony held at the National Army Museum in London on 12 November. Others awarded gold included Rangers Football Club and Rangers Charity Foundation, Glasgow building contractor, City Building LLP, the City of Edinburgh Council and Edinburgh Napier University. They were presented with their certificates by the Chief of the Defence Staff and head of the UK’s Armed Forces, General Sir Nick Carter.

Midlothian Council Chief Executive, Dr Grace Vickers, described the award as a “great honour” for Midlothian and paid tribute to all those within the council and community who work to support the Armed Forces at both a local and national level.

“The council is extremely proud of the huge contribution made by our Armed Forces,” said Dr Vickers, “and in return we help provide support on a range of issues for serving personnel, veterans, reservists and their families in our communities and in our workforce.”