Scotland Gas Networks will be carrying out upgrading work from 17 October in Newtongrange. This will mean some roads will close and restrictions will be in place on other roads.

There will be no parking in the parking bay on the west side of Main Street, Newtongrange between the junctions mentioned above.

Alternative routes for general vehicles and buses, which will use existing bus stops along the diversions, are:

The Saughs, Newtongrange south and north junctions with A7 Murderdean Road, Newtongrange will be closed from 17 October 2020 on a rolling programme as the works progress. This is expected to last 10 days.

Waiting, loading and unloading is prohibited from 17 October 2020 for approximately four weeks on the following roads:

Maps of the work and diversions 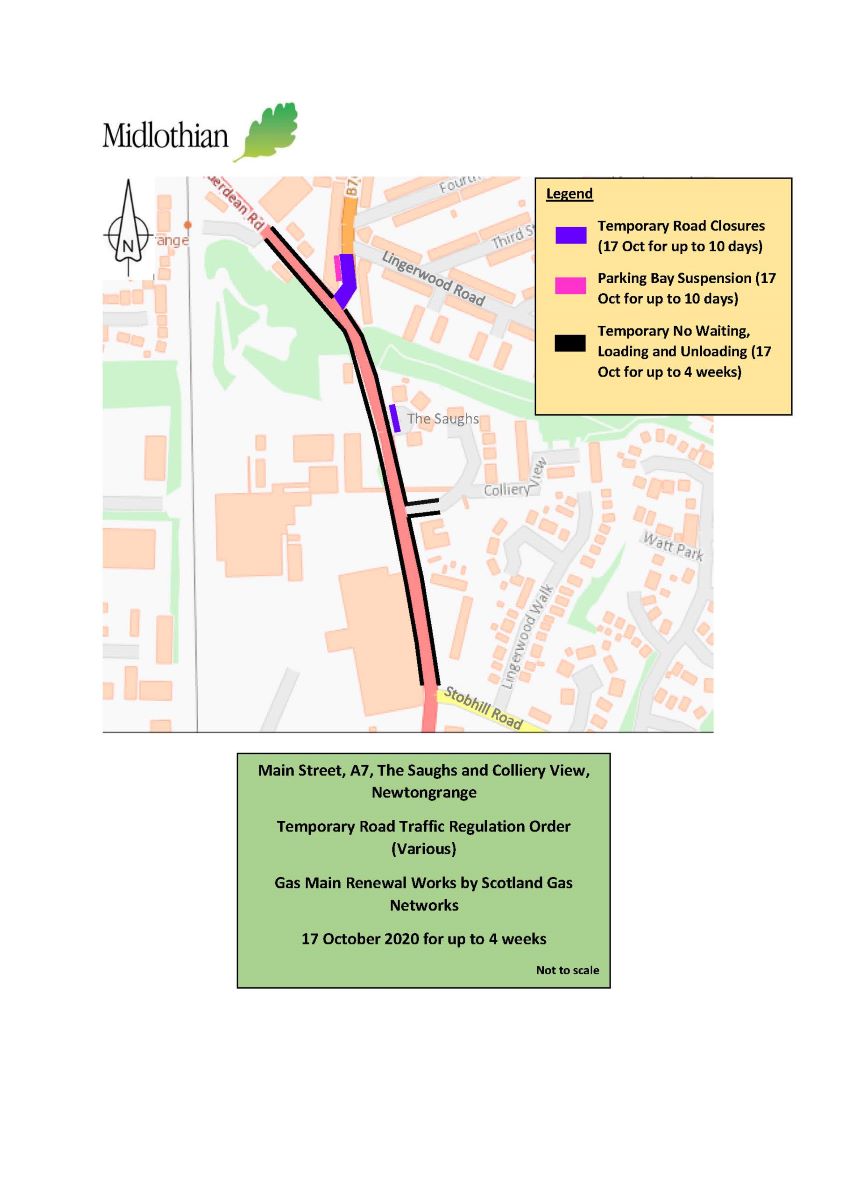