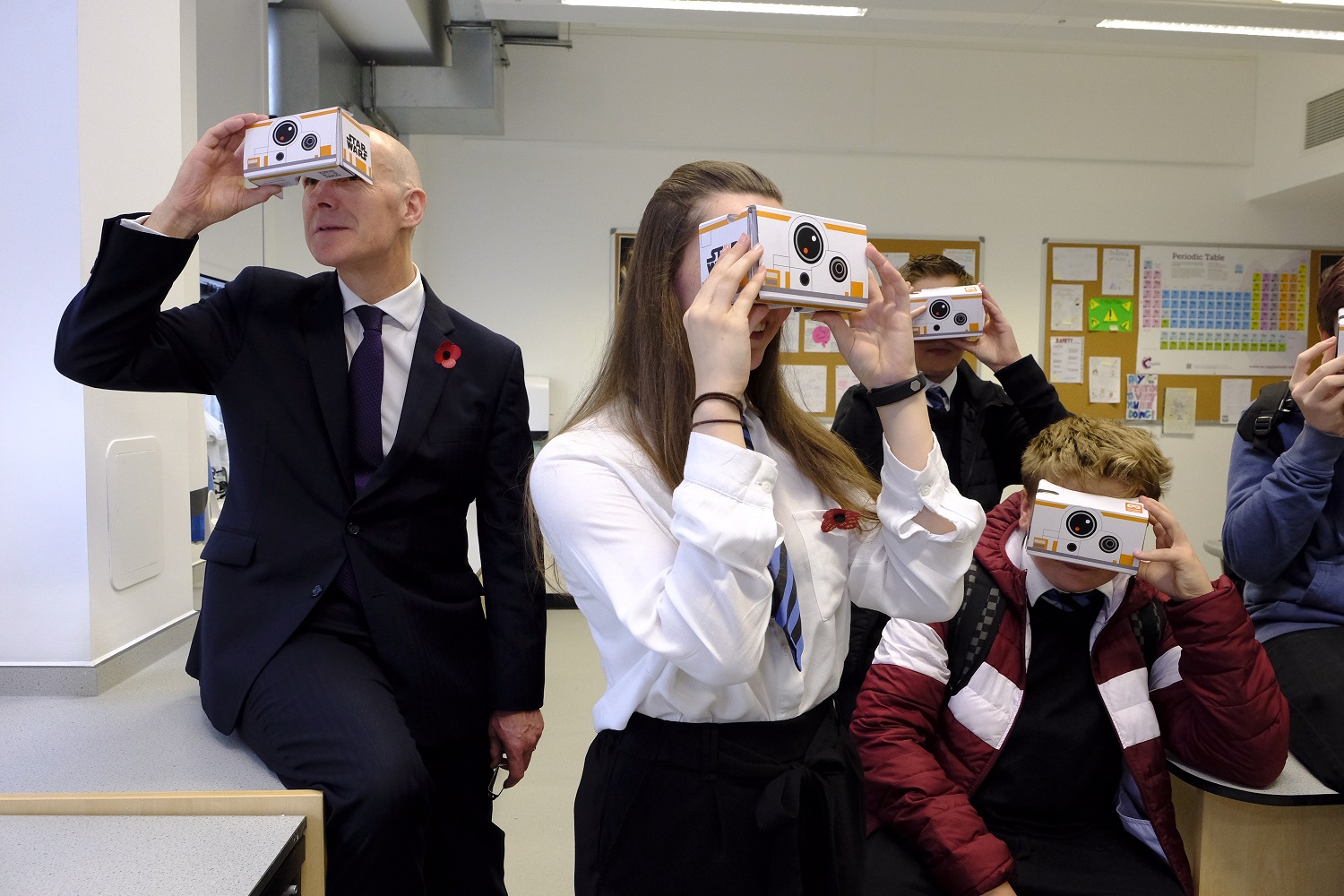 Investing in our future

Mr Swinney said: "It was my pleasure to officially open the Newbattle Community Campus and I would like to thank Midlothian Council for its continued commitment to its school estate.

“The Scottish Government was able to provide funding of over £20 million towards the construction of Newbattle High School.  By March 2020, 117 schools will be replaced or refurbished as part of the programme to innovate and inspire new generations of learners.”

New ways of learning and teaching

He said: “We’re proud to be working with the University of Edinburgh to ensure the high school is a world-class hub of innovation.

“We’re committed to tackling the cycle of poverty by making sure all of our pupils, whatever their background, have the same fantastic learning opportunities.

“Young people from across Midlothian and beyond, therefore, will have the opportunity to study digital industries such as robotics, data science, informatics, digital marketing, graphic design, video and music production.

“We want them to leave school with high level skills that will allow them to compete in the global knowledge economy.”

After a short speech by head teacher Gib McMillan, head girl and head boy, Sophie Verrecchia and Nathan Fotheringham introduced a video about a day in the life of the school made by pupils.

Mr Swinney was then given a guided tour of the facilities, including dropping in on a virtual reality lesson, a mountain bike mechanics workshop delivered by the school’s CDT technician and the school’s beauty and hair salon where senior pupils were being taught by and Edinburgh College lecturer.

Head teacher Gib McMillan said: “I am so proud of the way that the new campus has come together.  Huge amounts of consultation have resulted in something very special here.  A key part of the success is the daily intergenerational working between community users and school students.  In school we have tracked increased engagement and work with a range of pivotal partners delivering a truly motivating curriculum.  Our technology as a Digital Centre of Excellence is fantastic.  Through this, we are pioneering a number of projects with demonstrable impact to close the attainment gap.  I would like to thank all of our partners and users for their continued support.”

Working with the University of Edinburgh

Activities within the centre of excellence will also be closely aligned with the Data-Driven Innovation Programme being led by the University of Edinburgh. A key element of the Edinburgh and South East Scotland City Region Deal, the programme aims to provide the skills needed to support the digital and data economy of the future.

The University of Edinburgh’s Senior Vice Principal, Charlie Jeffery, said: “Our academics have enjoyed working with pupils and staff at Newbattle to deliver a series of data science and curriculum development workshops, providing valuable experience in digital skills and analytics. Through these, we have shown that data science can be an exciting and hands-on subject that will have an increasing number of applications as the data economy grows. The University of Edinburgh is very proud to have contributed to the new campus’s Digital Centre of Excellence and we look forward to building on our partnership with Newbattle.”

This article was published
7 Nov 2018