We are working through a high number of requests. Please only call us in a genuine emergency. Many issues can be reported online. Thank you for your patience. 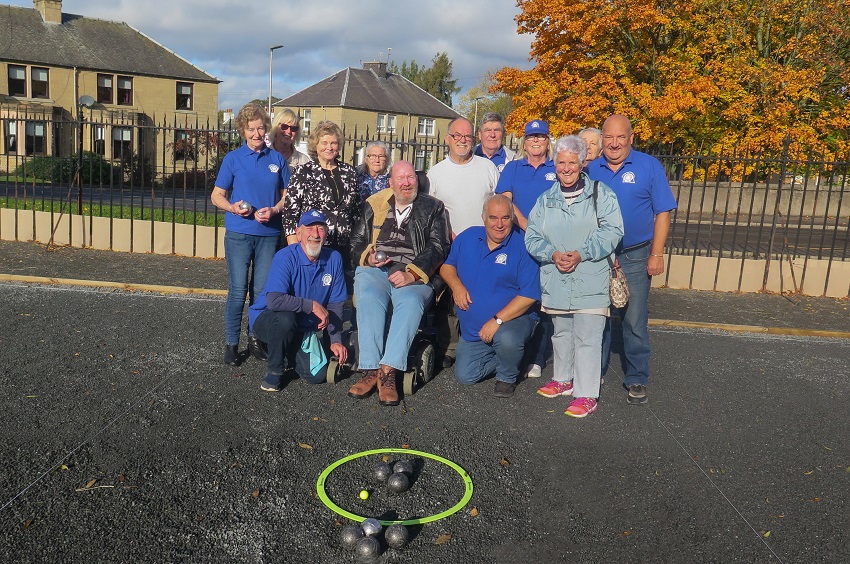 Local people are now enjoying the ball game petanque at a new court built by the council at Newtongrange's Welfare Park.

The project got underway thanks to a request for the facility from community volunteer Sandy Howden.

Aware there was local demand for a petanque piste, Sandy approached the council about installing one.

With £15,000 from environmental funds, the council’s Land and Countryside service built the court, which also includes access for wheelchair users and seating areas.

Midlothian Council’s Cabinet Member with responsibility for green spaces, Cllr Dianne Alexander: “This is an excellent addition to Welfare Park and will provide opportunities for all ages and abilities to meet and enjoy the outdoors. It’s really good to see the council and the local community working together to realise a project which will bring benefits to people’s health and wellbeing and provide many hours of enjoyment for local people and visitors to the area.”

Sandy Howden added: “I would like to thank the council for believing and funding this project which will benefit the community. Also like to thank James Kinch and and the landscape projects team led by Tam Finlay who have done an excellent job in building the piste. Already interest in the piste and the club being formed has exceeded expectations. This is because of the hard work of the two Herriot brothers, Jake and Alex, and Steven Halley. This is a great addition to a wonderful park. I thank also the Newtongrange Community Council for their brilliant support throughout."

The piste is already a huge success.  The local Newtongrange petanque club plays there three times a week on Tuesdays, Thursdays (2-5pm both days) and Sundays (11am-3pm).  And the facility is obviously free and open to the public every day when the park is open. If anyone wants to come along, the club is open to everyone, has spare boules and even people who can offer training.