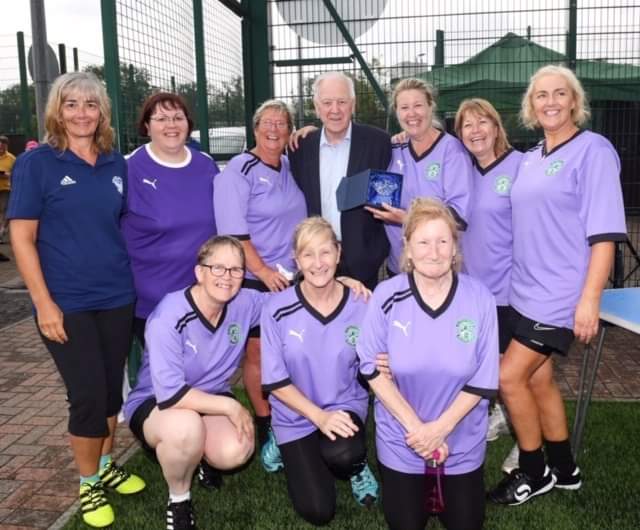 Midlothian ladies team were worthy winners of the Festival Fair Play Award in this year’s Walking Football Scottish Cup and Festival held recently in Glasgow.  The team were presented with their award by walking football patron and former Scotland manager, Craig Brown.

Midlothian entered three teams into the annual event, the largest walking football competition in the world. An over 50s and an over 65s team were entered into the Scottish Cups and the newly formed ladies team entered the Festival. 72 teams took part in total, with Raith Rovers winning the over 50s and Kirkcaldy winning the over 65s competitions.

Midlothian’s Walking Football Board of Trustees also put up a Fair Play Award for the main competition in memory of Peter Collins, who played in Midlothian’s winning side two years ago. Peter was passionate about walking football and a great ambassador for the game both locally and nationally. He was at the forefront of walking football when it was first played in Scotland, enjoying the banter and social side of the game just as much as the football itself. The first winners of the award were Linlithgow Rose walking football club.

This article was published
8 Jul 2019