John Swinney does the honours at topping out 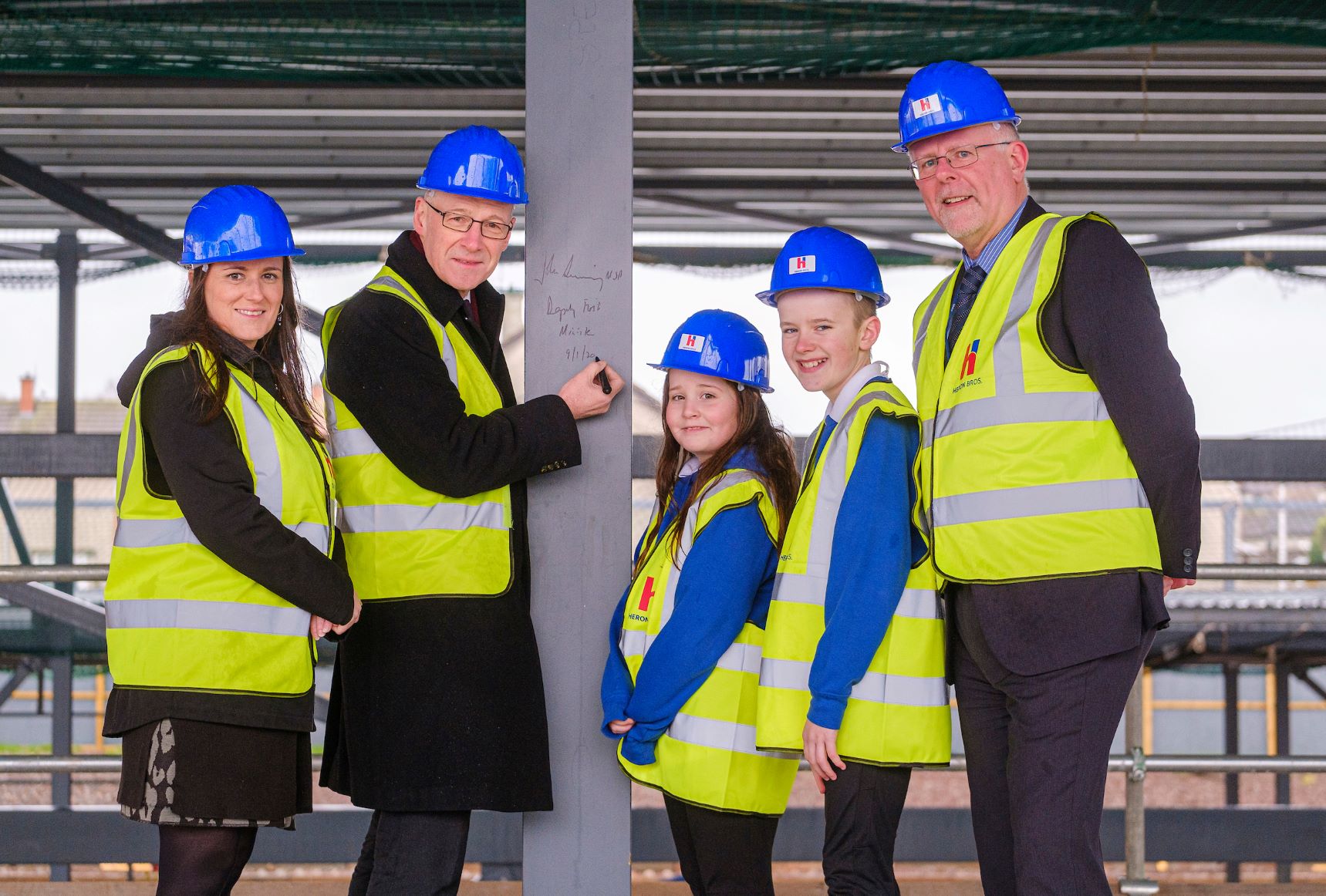 The Deputy First Minister and Cabinet Secretary for Education John Swinney did the honours at a topping out ceremony today (Wednesday) on the site of the new primary school and community facilities in Danderhall.

Mr Swinney marked the occasion of the roof being completed at the £16.78 million facility by signing a steel beam.

Families can be proud

He said: “This new school will give local children and young people a modern learning environment that they and their families can be proud of. The leisure facilities, library and café will also make it a hub for people in the surrounding area, in line with our vision for schools being the centre of their communities.

“My thanks to Midlothian Council for their ongoing commitment to improving school buildings and congratulations to them and the construction staff on reaching this terrific milestone.”

Main contractor Heron Bros is delivering the state-of-the-art building, which will be able to accommodate 640 pupils and 120 children in its three nursery spaces.

As well as a new primary school and early learning centre, the new build will have a library, leisure centre, cafe and sports pitches.

The building, on the site of the existing primary school, is planned to open in the autumn of 2020.

More than £150 million on upgrading schools

The multi-million investment is in addition to more than £150 million spent in the last ten years on building new or upgrading existing schools across Midlothian.

“The new building at Danderhall will be a much-needed addition to our schools and community estate. We are all really looking forward to the opening in August and the building becoming a busy and well-used focal point for local people.”

The redevelopment of the site comes after extensive consultation with local people and pupils like Hazel and Max pictured, about preferences for the school and community facilities. Hazel and Max, who also got to sign the girder, said they were excited to think their signatures would be on the building for as long as it was up even though they will be in high school when it opens.

Note: Danderhall’s budget is £16.784 million, partly funded by £6.2 million of developer contributions, £1.1 million of Scottish Government Early Years grant funding, with the remainder being funded by the council.

This article was published
9 Jan 2020